HOW MUCH OF A DIFFERENCE CAN A WEEK MAKE?

More than you think. We partner with multiple Global and Regional partners to share Jesus’ love with people around the world. Together, our churches are making a lasting impact in the communities we serve. Want to learn more? Contact Darlene Rudrick at darlene.rudrick@crossoradswired.com!

2021 Trips
Join Us for a Trip!
Missions FAQ
Sponsor a Trip

Asia’s Hope is a mission partner that is dedicated to providing comprehensive, family-style care for orphaned children at high risk of sexual and economic exploitation in Thailand, India and Cambodia.  Crossroads sponsors help support 2 homes in Cambodia.  These children now have families with moms and dads in a safe home, receive education, medical care and Christian education.  There are annual trips to engage with our Cambodia families and regular Skype opportunities for the sponsors to communicate with their child. 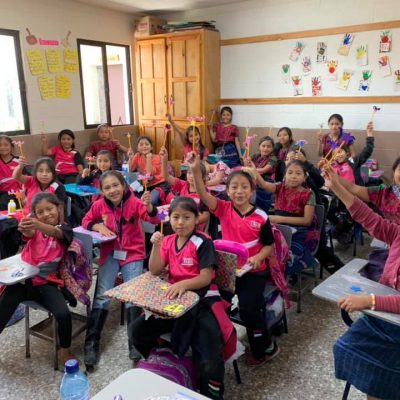 In Guatemala we partner with multiple organizations mostly through Mission Impact. We support a girls school, Coffee Farmers, Community Development Projects, and much more.

Check out the Guatemala textiles, buy a cup or a bag of Coffee in our Crossroads Coffee and Tea or sponsor a girl for her education at the Christian School in Santa Maria de Jesus, the village of our coffee farmers.

This is a new, growing relationship with Dream Church with future trips and opportunities to come.  Missional Nepali Tea is also sold in our Crossroads Coffee and Tea to support an organization rescuing and redeeming women from human trafficking. 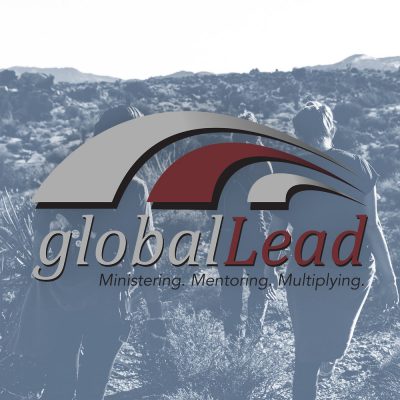 Global Lead is a local non-profit who focuses on training youth and pastor leaders around the world.They care for leaders and pastors as they serve in hard places by providing Heart of the Leader conferences.  The conferences care for these leaders spiritually, emotionally and relationally to renew their passion for gospel work. 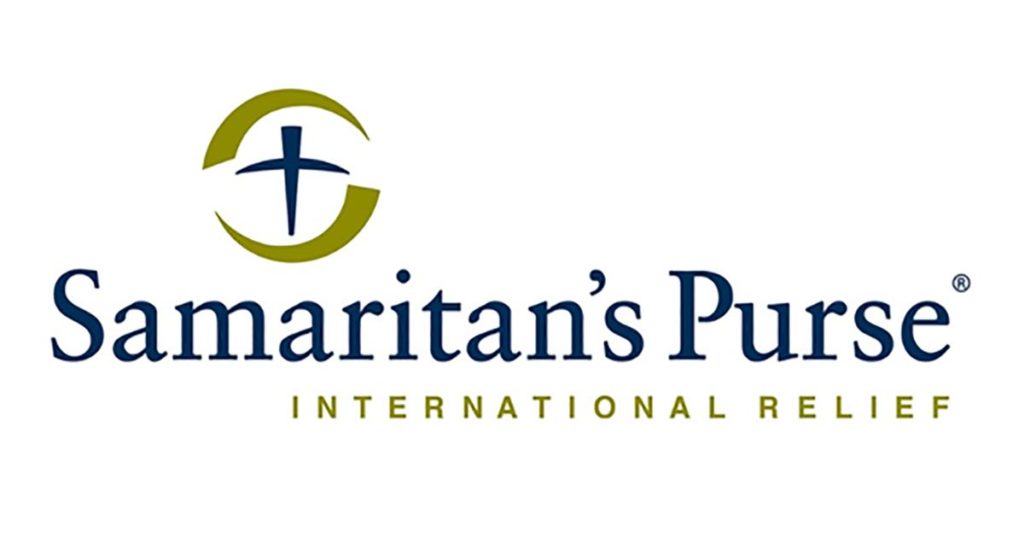 Samaritan’s Purse is a nondenominational evangelical Christian organization providing spiritual and physical aid to hurting people around the world. Since 1970, Samaritan’s Purse has helped meet needs of people who are victims of war, poverty, natural disasters, disease, and famine with the purpose of sharing God’s love through His Son, Jesus Christ. The organization serves the church worldwide to promote the Gospel of the Lord Jesus Christ. North American Ministries responds quickly when natural disasters strike, deploying an army of team members to come alongside homeowners to bring relief and compassion in Jesus’ Name. We also lead construction projects all around the USA. Specialized skills are not required for most projects. We look for team members who have a servant’s heart and are willing and able to work hard.Trips are scheduled 1-2 times per year.
Contact: Doug Hassenzahl at dglsh65@aol.com 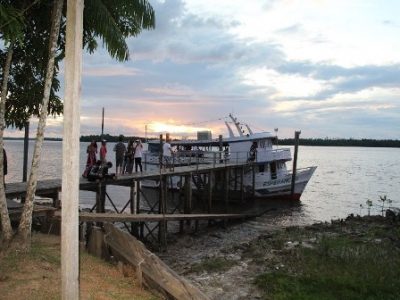 Hope Ministries:  The mission of Hope Ministries in Brazil is to preach the Gospel, plant churches, train leaders, and then aid them in planting, strengthening, and multiplying churches throughout the Amazon Region of Northern Brazil. Scott & Michelle Toth founded the ministry to prepare each believer for ministry in the church and participation in missions, establish new churches and further the Kingdom of God in unreached areas. Before they plant a church anywhere, they walk the area praying for God’s wisdom, talking to families about their needs and praying for them, while distributing used clothing, Bibles and simple medical supplies. They also have a medical/dental boat that takes mission teams and the gospel to villages along the Amazon river. 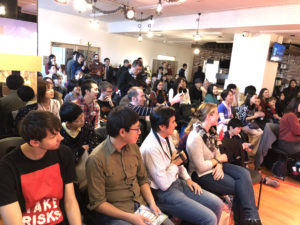 Paz Coffee Shop and Church:   Josiah & Jennifer Huber, who are currently the head pastors of Paz Church Kawasaki, Japan.  A little over two years ago, God gave them the dream of opening a coffee shop to reach the community with a less threatening approach than a church might have. Non-Christian Japanese are very skeptical of churches, and most wouldn’t set foot in one. However, coffee shops have been taking over for the last 10 years! Currently, besides normal services on Sunday, family groups, discipleships and prayer meetings, they also began Paz Bible College last year to train up church planters. Their dream is to plant coffee shop churches all around Japan! 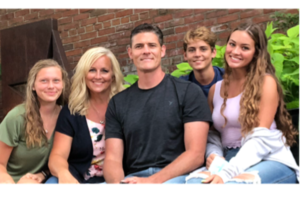 David & Stephanie Connell serve with Converge in Latin America, the Caribbean and Dominican Republic to develop and equip native transformational leaders who will create gospel movements among least-reached peoples across Latin America.  David uses his leadership and training skills to raise up indigenous leaders in key areas to equip them to take the gospel to unreached groups and regions, where US leaders can’t gain access.  By developing and leading Converge’s Regional Impact team for Latin America & the Caribbean, this team focuses on coming alongside local leaders to catalyze their vision and multiply their efforts, coordinating training events and raising up future leaders. 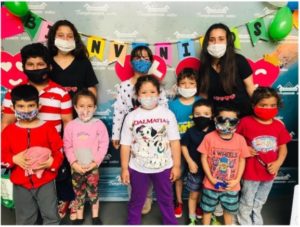 Two missionary couples serving in San Antonia, Paraguay are Oscar & Karen and Gabriel & Hadassa Caballero. Oscar and Karen have been serving there for 30+ years in church planting, organizing family and youth camps, children’s ministries and starting a Christian School. Their son, Gabriel and his wife Hadassa now serve alongside them by planting another church and starting Proyecto Escuela de Vida (School of Life). This social project reaches into the lives of at-risk children and teens to meet practical needs and teach biblical principles to prepare them to be Christian leaders in their country.

JEWS FOR JESUS is an

organization made up primarily of Jewish people, as well as other followers of Jesus who are committed allies of the Jewish people. Their staff raise awareness of Jesus as the Jewish Messiah, facilitate Jewish community, and provide spiritual care and meet needs in their local communities.  They engage Jewish people with the teachings of the Scriptures and strive to live them out by loving God and our neighbors. In addition to advocating for Jesus within the Jewish community, they also help Christians gain a deeper understanding of the Jewish context of their own faith. We fight anti-Semitism across the globe by helping bring understanding between Jewish and Christian communities. 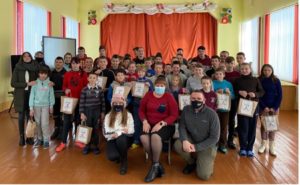 Ruslan Asadov is the director of HIS+DOM ministry. It is a ministry created to mobilize local churches and families to disciple orphans through foster care and adoption in Russia and Belarus. For most of his career, Ruslan Asadov has believed that Christian mentors are the best solution for orphan crisis in former USSR and Eastern Europe. His vision began to change when he realized that mentoring is the key to reaching orphans and transforming their lives for Christ. Bu

t this could be most effective when orphans were fostered, adopted and discipled by local Christians. Unfortunately, there are few organizations and churches that are able to recruit, equip and train families, church leaders, and volunteers.
HIS+DOM is an acronym for Discipling Orphans Ministry. DOM means “home” or “house” in Russian. HIS+DOM wants to show all orphans the way to Christ and His Father’s House.
Learn More 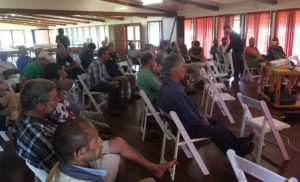 PROVIDING PASTORAL CARE TO MISSIONARIES AROUND THE WORLD

Tim and Karen Schlatter work with various mission communities around the world, especially those serving with Wycliffe Bible Translators but also Mission Aviation Fellowship, Pioneers, Hope Ministries, and Ethnos 360.  Taking Care Beyond serves under the umbrella of Pastors Beyond, a ministry established over 30 years ago to resource Wycliffe missionaries working in the cause of Bible translation. In serving with Taking Care Beyond we provide pastoral care for missionaries around the world in the communities where they serve, giving spiritually to ones who give so much for the sake of others.  We try to resource three or four mission communities annually, spending 2-3 months at a time in teaching, doing soul and spiritual care, marriage workshops and support. We try visit the same communities on a repeat basis, to build on relationships established during previous visits – relationships are the seedbed for effective ministry.