Our Mission: To lead people to Gospel transformation in our communities & around the world. 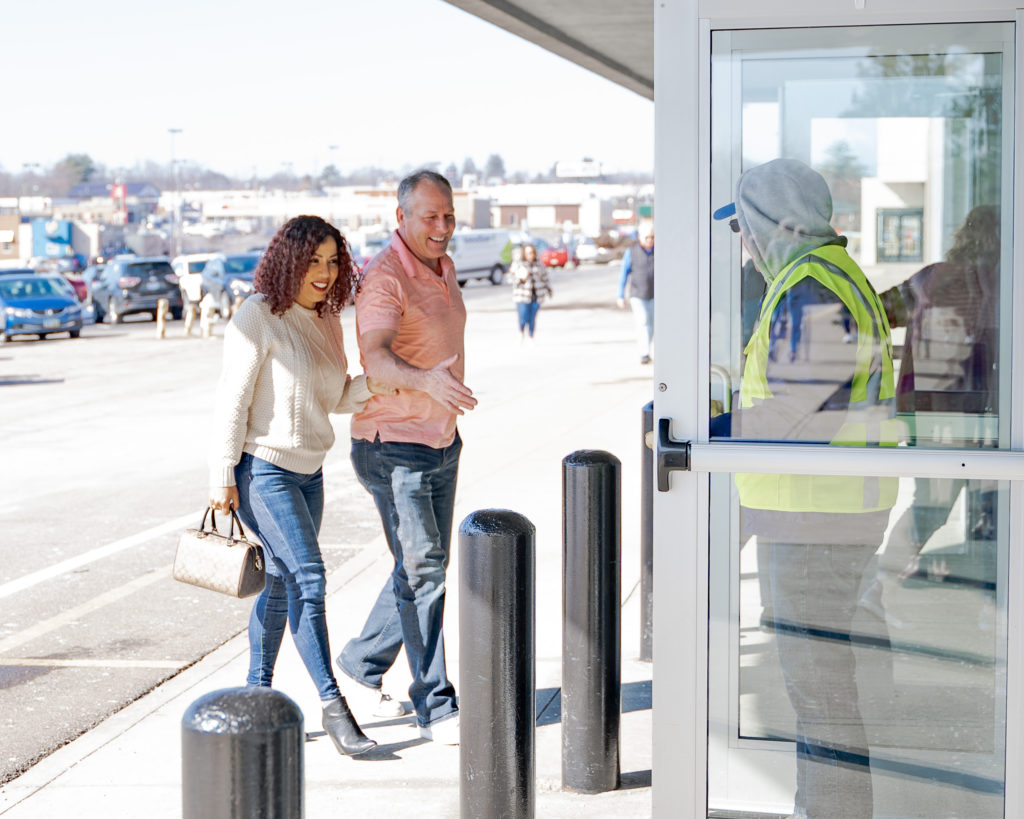 One church. Many places.

We have locations in Mansfield, Ontario, & Shelby, OH. Click below to find a service near you!

Visit Us
Core Values
Our beliefs
Our Team
Connect

Our core values shape the way we do life and church.

We unapologetically proclaim the Gospel that transforms lives. Click on topic for explanation.

The sole basis of our beliefs is found in the Bible, composed of the sixty-six books of the Old and New Testament. We believe that Scripture, in its entirety, originated with God and that it was given through the instrumentality of chosen men. Scripture thus at one and the same time speaks with the authority of God and reflects the backgrounds, styles, and vocabularies of the human authors. We hold that the Scriptures are infallible and inerrant in the original manuscripts. They are the unique, full, and final authority on all matters of faith and practice and there are no other writings similarly inspired by God.

We believe that there is one true, holy God, eternally existing in three persons- Father, Son, and Holy Spirit- each of whom possess equally all the attributes of deity and the characteristics of personality.

GOD – THE FATHER
In the beginning God created the world out of nothing and all the things therein, thus manifesting the glory of His power, wisdom, and goodness. By His sovereign power, He continues to sustain His creation. By His providence, He is operating throughout history to fulfill His redemptive purpose.

GOD – THE SON
Jesus Christ is the eternal second Person of the Trinity who was united forever with a true human nature by a miraculous conception and virgin birth. He lived a life of perfect obedience to the Father and voluntarily atoned for the sins of all by dying on the cross as their substitute, thus satisfying divine justice and accomplishing salvation for all who trust in Him alone. He rose from the dead in the same body, though glorified, in which He lived and died. He ascended into heaven, and sat down at the right hand of the Father, where He, the only Mediator between God and man, continually makes intercession for His own. He will come again to earth, personally and visibly, to consummate history and the eternal plan of God.

GOD – THE HOLY SPIRIT
The essential accompaniment of a genuine saving relationship with Jesus Christ is a life of holiness and obedience, attained by believers as they submit to the Holy Spirit, the third Person of the Trinity. He was sent into the world by the Father and the Son to apply to mankind the saving work of Christ. He enlightens the minds of sinners, awakens in them recognition of their need of a Savior and regenerates them. At the point of salvation, He permanently indwells every believer to become the source of assurance, strength and wisdom and uniquely endows each believer with gifts for the building up of the body. The Holy Spirit guides believers in understanding and applying the Scripture. His power and control are appropriated by faith, making it possible for the believer to lead a life of Christ-like character and to bear fruit to the glory of the Father.

The central purpose of God’s revelation in Scripture is to call people into fellowship with Himself. Originally created to have fellowship with God, man defied God, choosing to go his independent way, and was thus alienated from God and suffered the corruption of his nature, rendering him unable to please God. The fall took place at the beginning of human history and all individuals since have suffered these consequences of sin and are thus in need of the saving grace of God. The salvation of mankind is, then, wholly a work of God’s free grace, not the result, in whole or in part, of human works or goodness, and must be personally appropriated by repentance and faith. When God begins a saving work in the heart of any person, He gives assurance in His Word that He will continue performing it until that day of its full consummation.

The corollary of union with Jesus Christ is that all believers become members of His body, the church. There is one true church universal, comprised of all those who acknowledge Jesus Christ as Savior and Lord. The Scripture commands believers to gather together to devote themselves to worship, prayer, teaching of the Word, the observation of baptism and the Lords Supper (communion). Believers are also to gather for fellowship, service to the body through the development and use of talents and gifts, and outreach to the world.

We believe that a believer should live for the glory of God and the well-being of their fellow person; that their conduct should be blameless before the world; that they should be a faithful steward of their possessions; and that they should seek to realize for themselves the full stature of maturity in Christ. Likewise, every person must be afforded compassion, love, kindness, respect, and dignity.

We believe that every human being has direct relations with God, and is responsible to God alone in all matters of faith. Each church is independent and must be free from interference by any ecclesiastical or political authority; that therefore Church and State must be kept separate as they each have different functions, each fulfilling its duties free from the dictation of patronage of the other.

We believe that God wonderfully and immutably creates each person as male or female. These two distinct, complementary genders together reflect the image and nature of God. We believe the term “marriage” has only one meaning: the uniting of one man and one woman in a single, exclusive union, as delineated in Scripture. The union of marriage insists that the “one flesh” relationship (sexual intimacy) should only occur between a man and a woman who are married to each other. Any and all forms of sexual immorality (including but not limited to adultery, fornication, homosexual behavior, bisexual conduct, transgender identity, bestiality, incest, and use of pornography) are sinful and offensive to God.

We believe in the personal and visible return of the Lord Jesus Christ to earth and the establishment of His kingdom. We believe in the resurrection of the body, the final judgment, the eternal joy of the righteous, and the endless suffering of the wicked.

Get Connected At Crossroads 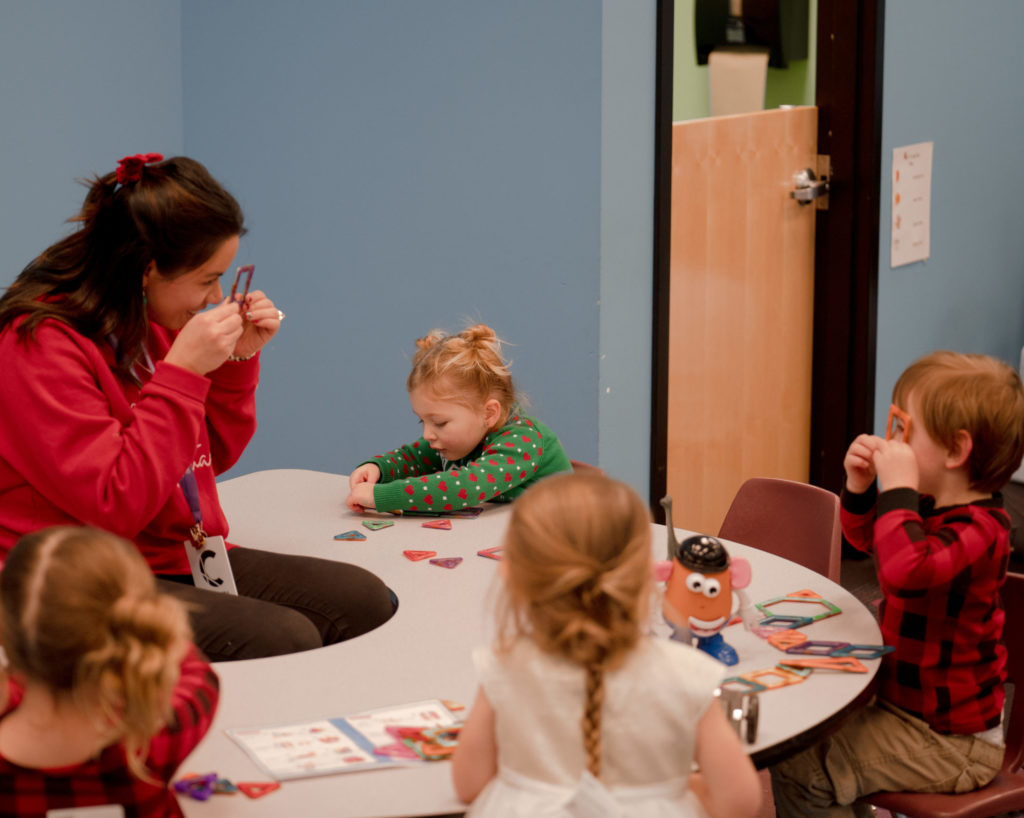 Available during all services for Newborn-6th Grade.
All Campuses. 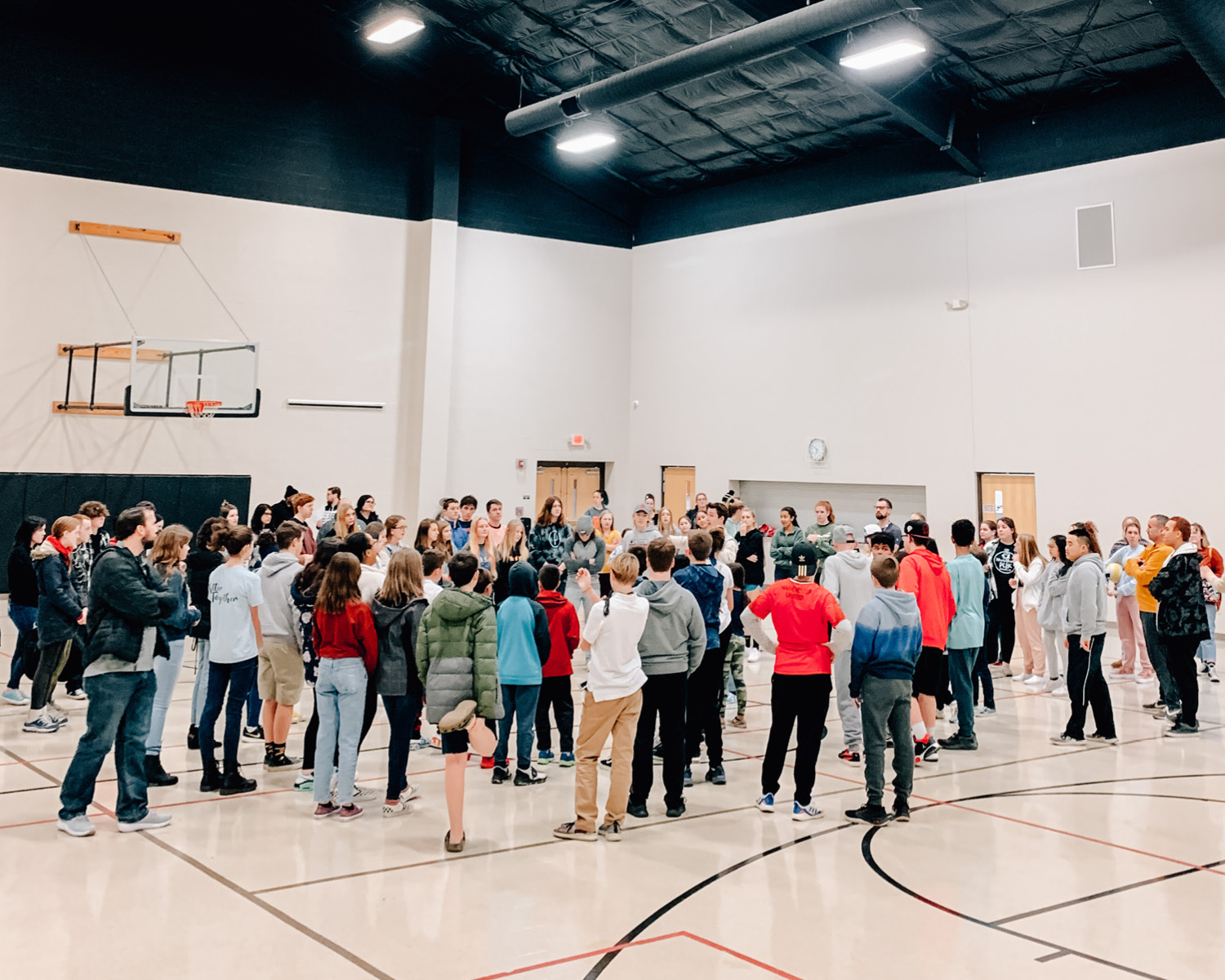 Meets Sunday mornings (10A at Ontario & 11A at Park Ave) and Wednesdays nights (small groups) at Ontario from 6:30-8PM. 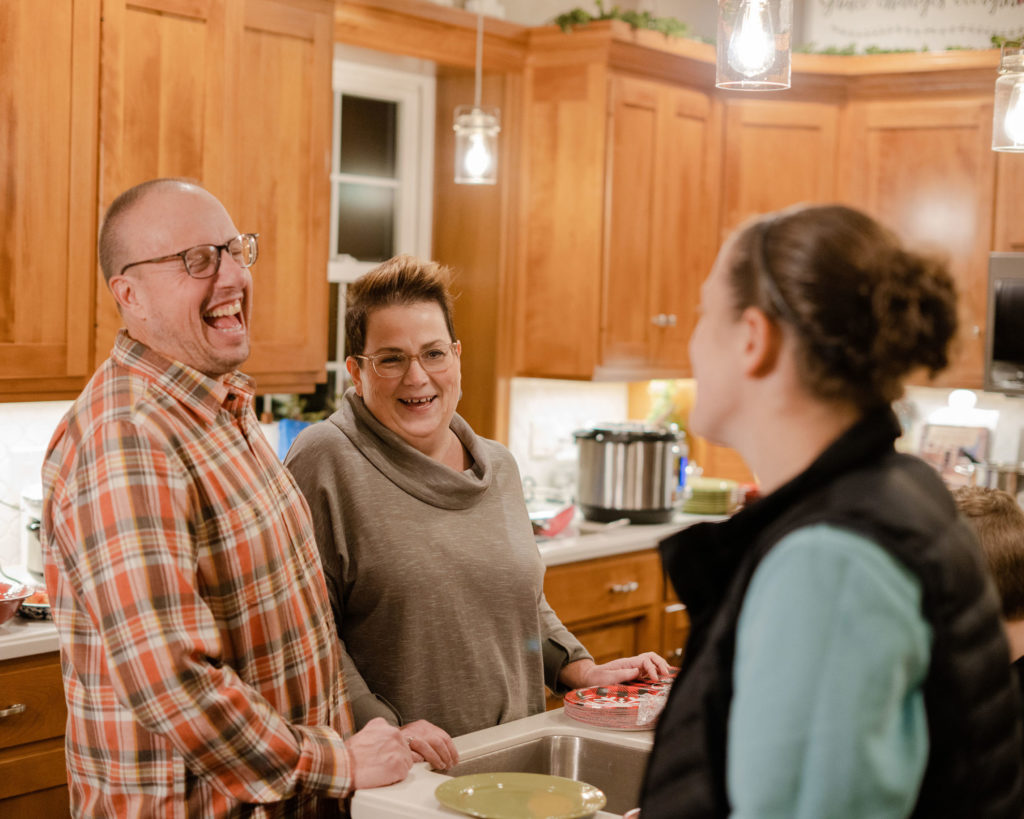 We believe life is better in community. 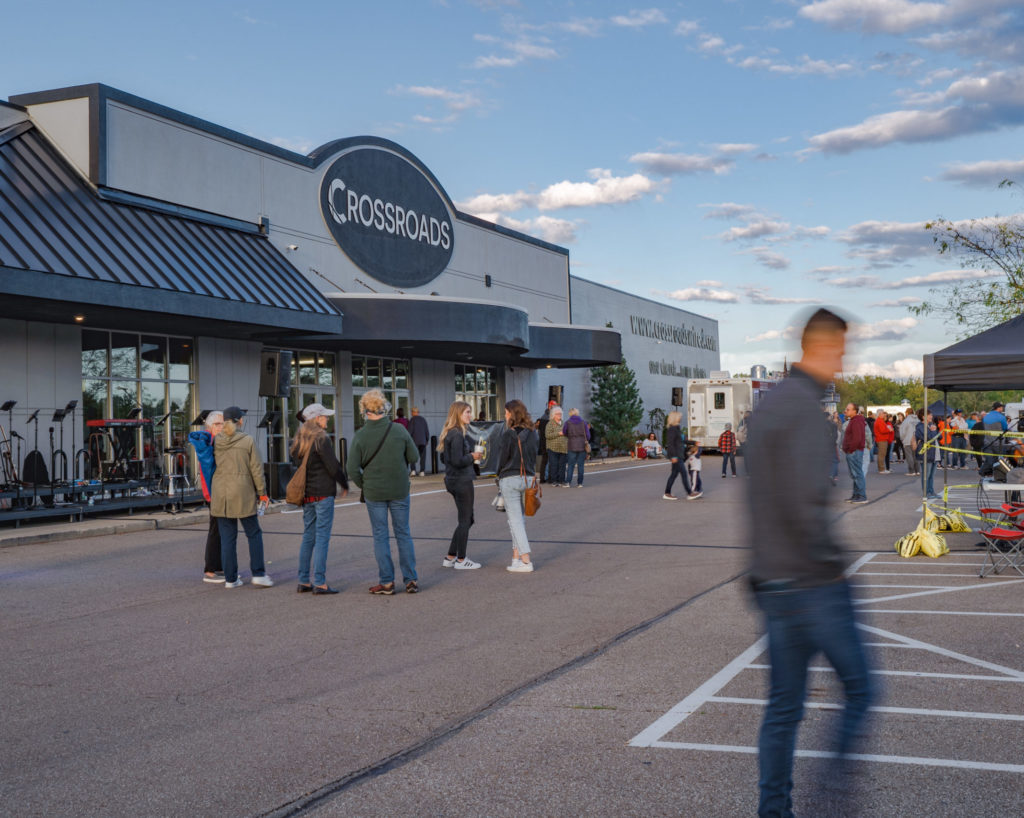 We always have exciting events on the calendar!
Click the link below to see what’s coming up! 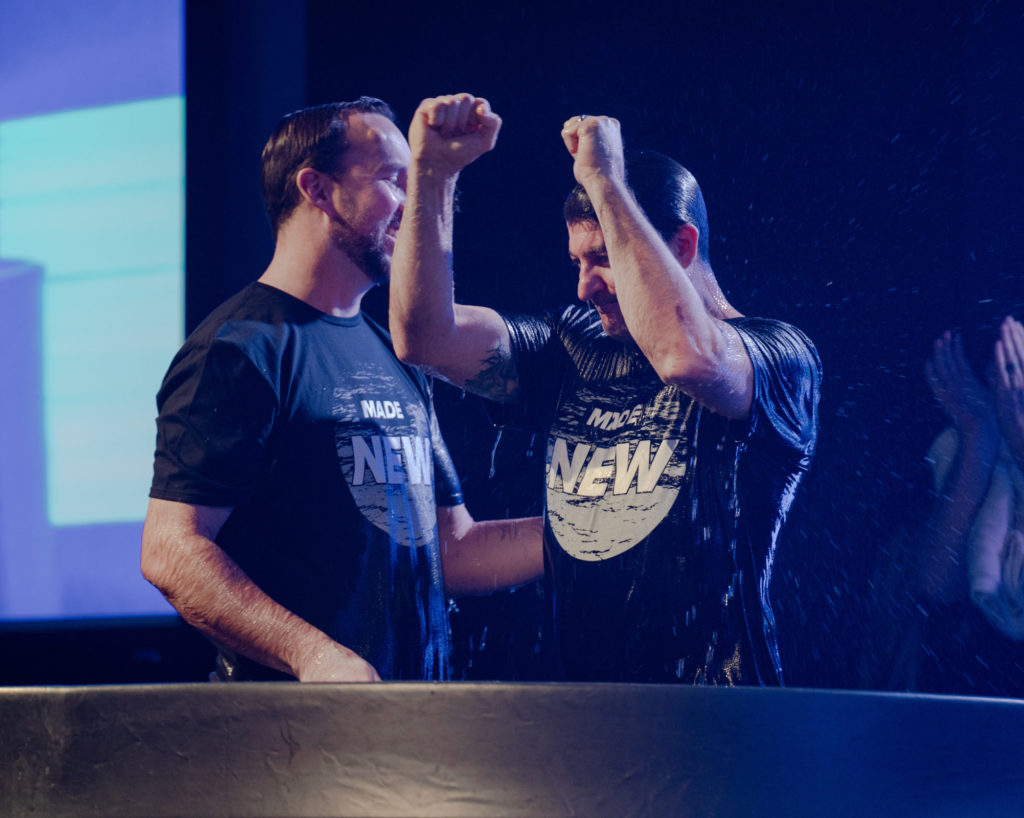 We believe there’s always a “Next Step” you can take in your walk with Jesus.
Let’s find yours!

Ready to give Crossroads a try?

Plan a visit and get a personalized experience from the moment you walk through our front doors. You’ll be greeted by name, given a tour, and connected to key Crossroads leaders and volunteers! (Plus, coffee’s on us!)